What did you see on your run today? #395 comes from Toronto 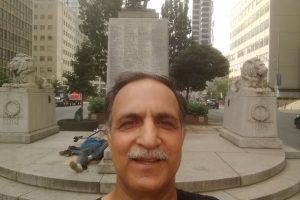 One of my ASICS Running Club friends, Narpat Singh, who has already done a running Q&A for us, is currently in Toronto, and shared some great pictures from his run downtown today.

Or was it yesterday?

Possibly even my tomorrow, given the time difference!

I’ve never been to Toronto, so can’t really judge, but from Narpat’s description, it seems as though he pretty much covered most of the downtown city on his run.

Noteworthy is the contrast in the architecture throughout the town. Old & contemporary coexist seamlessly.

Lots of street art is another feature of the town.”

As an ex-army man, I guess it’s natural that Narpat stopped at the war memorials:

Wonder if this is Clinton as in THOSE Clintons?

Looking forward to more updates from you, as you explore more of Toronto.