Or is it the other way round?!

Right now, on the eve of my 2nd marathon within a month, it feels much more like a case of:

“There’s running. And then there’s a bunch of really resentful people”.

Speaking frankly, I have had it up to here with being questioned about my running. With having to justify myself vis-à-vis non-runners.

I have absolutely no issues justifying myself to my running Coach. No issues at all.

But to have random non-runners passing judgement on the way I choose to spend my time….no, siree.

This week there is a wedding in my husband’s family.

It also happens to be marathon week.

For non-Indians, let me quickly explain that Indian family weddings are a huge deal.

Your average North Indian wedding goes on for days, involves serious partying, and a cast of thousands.

I knew from the day we were told about the wedding, informally, last year, that I wouldn’t be able to go to this wedding. My diary already had 24 February 2019 filled in for the New Delhi Marathon.

But now the event is upon us, between the welter of WhatsApp groups, and dance practice, and prayer ceremonies, and extra parties tacked on, I have sunk ever deeper into disgrace.

I suppose I could have decided not to run the marathon…

…there’s NO WAY on God’s Earth that I’d give up a marathon for a bunch of late nights.

I have had to go into detail over and over again, explaining that running a marathon isn’t simply a question of those 42.195km on race day, but a whole programme of training and diet and early night…and…and…and…

And as I explain for the nth time, I catch myself thinking:

Do I ever, EVER question other people’s right to stay out late, partying and drinking?

Do I ever EVER question other people’s lazy lifestyle?

Do I ever, EVER question other people’s past-times?

Do I ever, EVER question other people’s decision to lie on the couch and watch Netflix?

No, I don’t, because it is NONE of my business.

Which is why I feel it is no-one else’s business (well, outside my nuclear family) how I spend my leisure time.

The only people who really and truly get it are other runners.

I had a smashing lunch last weekend with a group of women running friends, and it was SUCH a relief that every single one of them GOT IT.

We all knew instinctively, and without anything needing to be explained, why we all need early nights, and minimal alcohol, and hours of time for long runs, and how difficult it is to carve out blocks of time for running and training.

So, I sit here, writing this at 3pm in the afternoon, knowing that I have to eat dinner by 7pm & be asleep well before 8, so that I can wake up at 1.00, to leave at 3.00, for a 4.oo am full marathon start…so yes, as I sit here (beginning to feel nervous at the thought of tomorrow), I know that I am well and truly in the doghouse.

Will instinctively get it 🙂 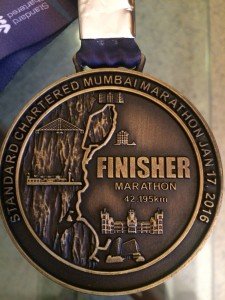