My running friend Dilawer Khan, who lives in Jammu, has just become an ultra-runner.

How fantastic is that?

A week after running a super fast half marathon in Delhi, Dilawer tackled a 63km run, and has thus moved himself into a new league altogether!

Congrats, my friend, and thanks for sharing your experiences in this vivid telling of your first ultra run.

Dear reader, I give you Dilawer in his own, happy, humorous words: 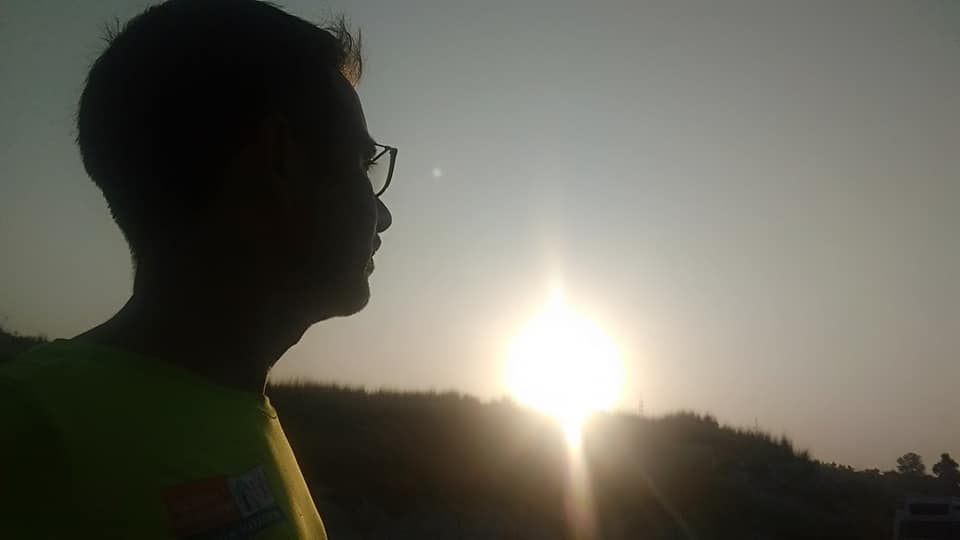 “It has been on mind right after some time I’d started running and now I’ve accomplished it- to run an ultra (anything beyond 42 Kms).

I started running in the year 2015 and ADHM was my first official race. Since then I’ve run around 15 half marathons, 2 full marathons and few 10k’s. With time I’ve been able to improve my pace and I’m only getting greedier. However at the same time I feel like running longer distances as well.

So basically need to strike a balance between distance and speed. 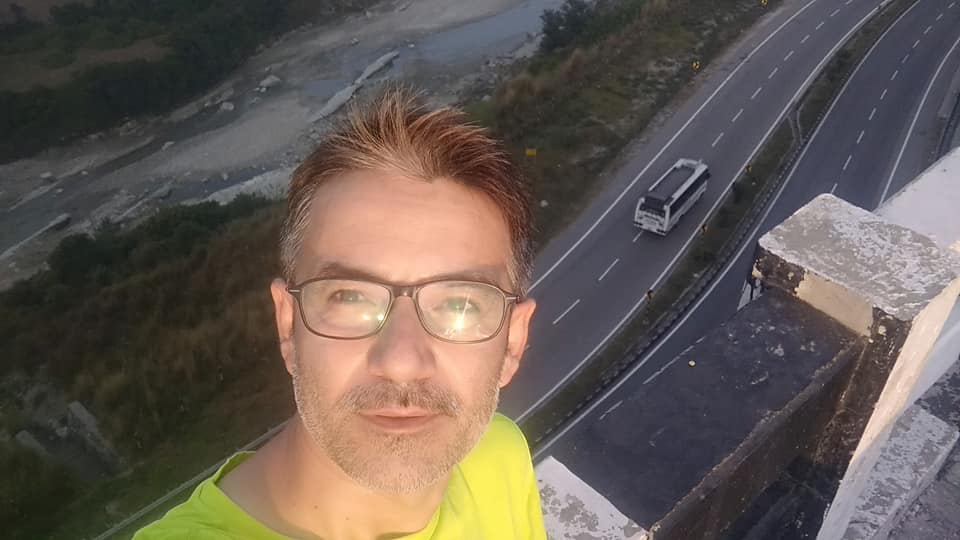 This Sunday my team, Jammu Runners, planned to run an inter-city ultra run from Jammu to Udhampur(65 Kms approx). I was a bit sceptical about this as I had ran my fastest HM only a week ago (ADHM’18).

Then I decided that I’ll take it as my usual Sunday LSD (long slow distance) run and see how far I could go.

We, the group of 13 runners (everyone with his own set of targets) and 3 crew cars, started at 5 AM and it was perfect weather for running. With the brief flat/downhill start it was mainly a continuous uphill run till around 20 Kms on NH-44. So it was even slower than the LSD pace. 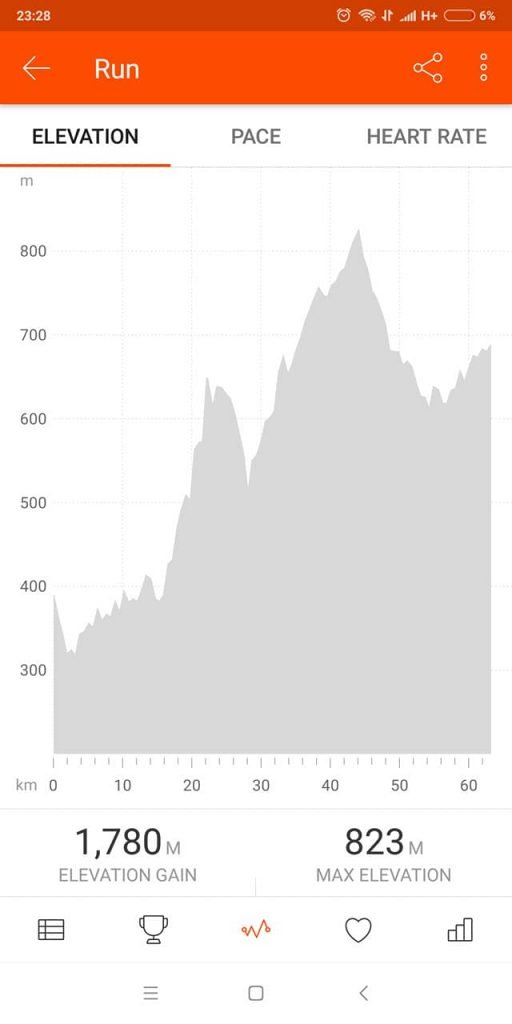 The weather and the scenery around the highway made the ascent easier though the monkeys, our side spectators, did scare me at times. I crossed the highest point till that distance in around 2 and a half hours and it was the first time also that I crossed that toll plaza without paying anything 😀.

I along with my experienced ultra runner friend Gagan started with leading the run, were at the back of the pack now thanks to our generous stoppages and photo shoot sessions. 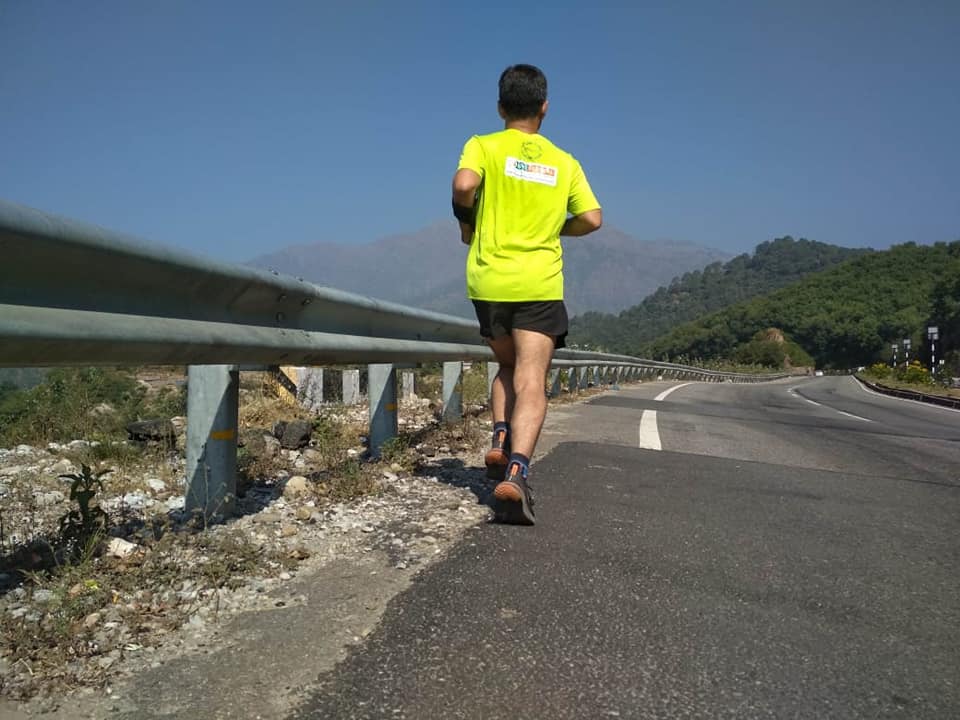 After the toll plaza we ran through the mountains (thanks to the tunnels). There we came across a man on his cycle rickshaw coming all the way from Jalandhar to pay his obeisance to Vaishno Devi at Katra(power of faith). 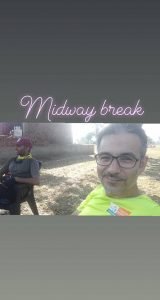 Thanks to our support team, we had been having proper supply of nutrition in the form of energy drinks, fruits and biscuits. After running for more than three hours and completing 22 kms we stopped for proper breakfast. After that it was kind of a picnic run, if I can call it so, with more stoppages and photo shoots. Without much fatigue and tiredness touched the mark of 30k, so my next target was full marathon. Some of the runners had already finished their run after achieving their respective targets and the leaders – Rajesh Padha (running 60k on his 60th birthday)and Mukesh(his first full/ultra marathon) had made the u-turn after touching the full marathon mark (they finished after completing 61kms).

As we, Gagan and me, decided against U-turn(to add an inter-city run to our running profiles 😋) bid adieu to our crew captain and had to carry our bags now.

After some more pics and more breaks and I crossed FM in around 5 hours (running time). Then the goal post shifted further to 50k(ultra).

After 10 hours on feet and 7 hours of running time I touched my first ultra run mark. Honestly speaking there was no special feeling of jubilation or sense of achievement, as now I was eyeing to finish it at another town.

Then we had our last break at 55k and set for Udhampur town.

The sun was setting and it was getting colder now.

Legs had started to show the signs fatigue. 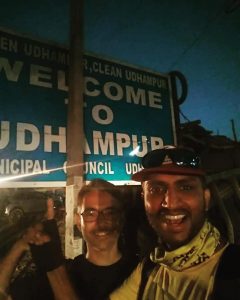 After running 62 Kms on the highway we took the left turn towards the town, finally the destination was in front of my eyes and we finished after 63 Kms with more than 12 hours on feet and almost 10 hours of running time.

There I was with the feelings of joy and contentment or maybe no feelings at all. But now when I look back and go through that run again in my head I cannot believe that I have run from Jammu to Udhampur.

Here I have to thank my friends who made it possible (and look easier).

First of all Mr Rajesh Padha for making the plan and leading from the front, Rajeshwar for his unrelenting support on the way, Sandeep Singh for his energy injections (not literally!) and everybody who ran along with me.

Last but not least, Gagan, who actually turned this ultra run into a fun run with continuous sharing of his prior ultra running experience, holding me back whenever the speedster in me tried taking over and everything he did to make it a memorable experience.

This first ultra run of mine exactly did the same to me what most of the long runs do – makes you humble.”

Dilawer, my friend, I am speechless with admiration!

You put lazy ol’ runners like me to shame 😛

Fantabulous achievement & I am super proud of you.

#keeprunning #keepinspiring & the next time we meet in Delhi, you can buy me a coffee with the money you saved from the toll plaza!