Running through a haunted forest 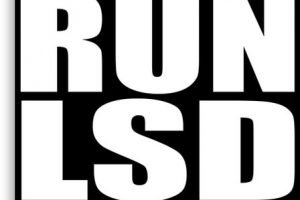 Talk about a sensational headline.

In the interests of transparency, I suppose the word haunted should technically read “haunted”.

You see, today we ran in the forest around Malcha Mahal, an old property which does, indeed, have a pukka haunted reputation.

No, not that LSD, silly, but running LSD.

Honestly, what kind of blog do you think this is? 😛

In all humility, I can report that I fulfilled all the criteria today.

I did 4 loops, so roughly 16km, then did 3 rounds of the polo ground, so think the maths are correct, since a chukker around the polo field is about a km.

This was a trail run, with quite a bit of up & down, and uneven track, but what a joy to run for hours in the forest.

And no ghosts from the “haunted” Malcha Mahal I am happy to report. 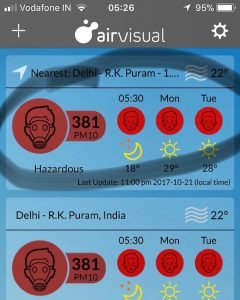 Also, despite the grim air quality when I got up at 4.45,  running in such a dense forest, you could not feel the poor air at all – so that was a huge relief.

I tell you, the joy of such thick tree cover.

The track was interesting, to put it mildly, with several long stretches covered in thick hay, which I suspect comes from the stables, after they’ve been mucked out.  There was a definite whiff to the hay.

It was nice and bouncy, but not always that easy to run on, which helped justify the occasional walk break.

What was funny was that after walking/running on the hay, getting back onto the dirt track felt hard. 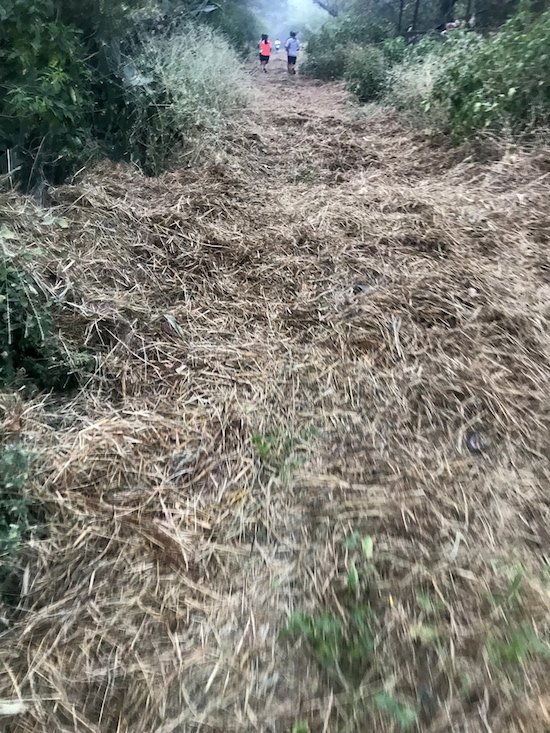 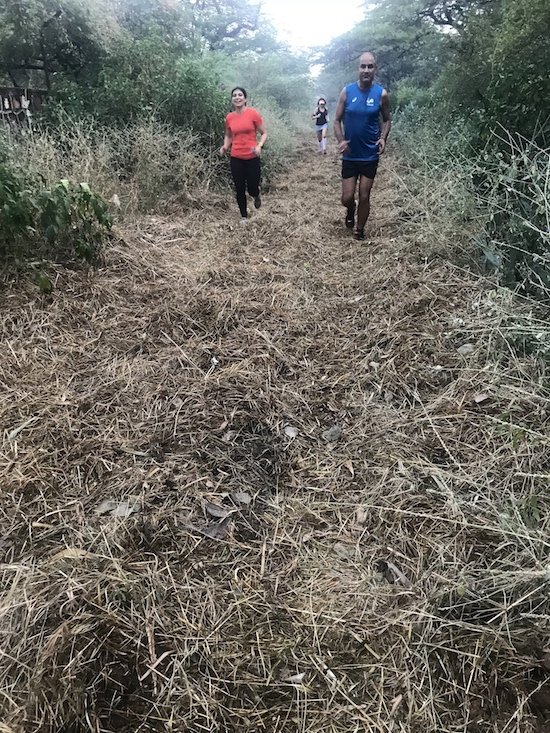 The first chukker around the polo field was nice and cool: 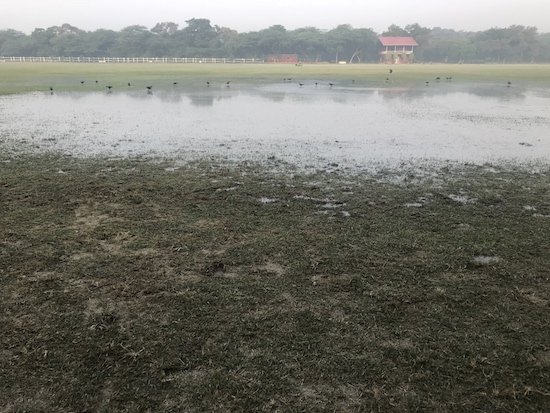 The second two rounds were a little sunnier, but still a lovely way to cool down. 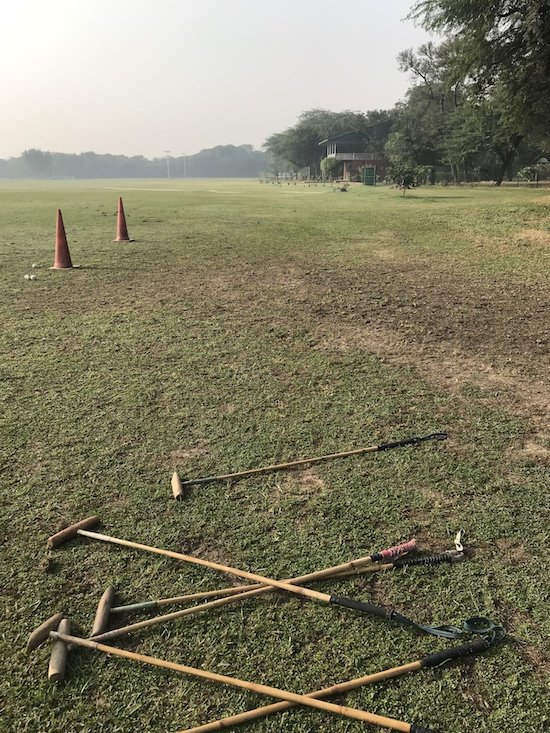 I chatted briefly to one of the jawans, who asked me not at all what I expected.

I was expecting the inevitable “Which country you are from?” or even “This is army property, and you cannot run here.”

Instead he smiled and asked me in Hindi, “How much have you run?”

At the end of the session, we were just 4 left.  Like so: 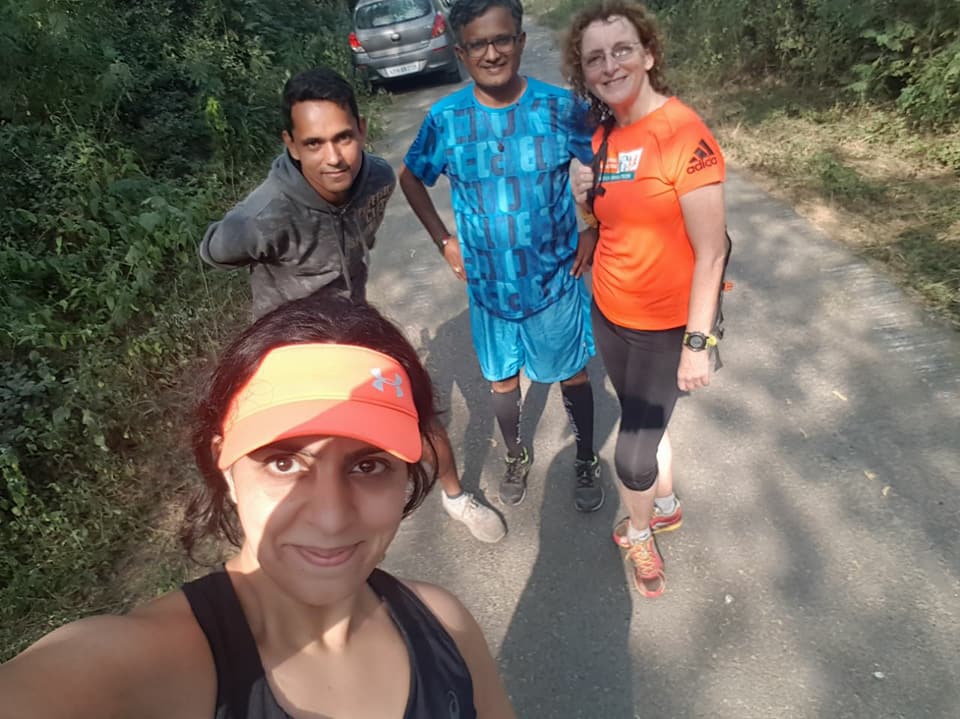 Coach showed me the “haunted” Mahal, and we walked a short distance to it, but he had such hair-raising stories about an earlier encounter with the Prince who lives there, who had ferocious dogs and pointed a gun at him, that we were very circumspect, and just had a quick peek from a distance: 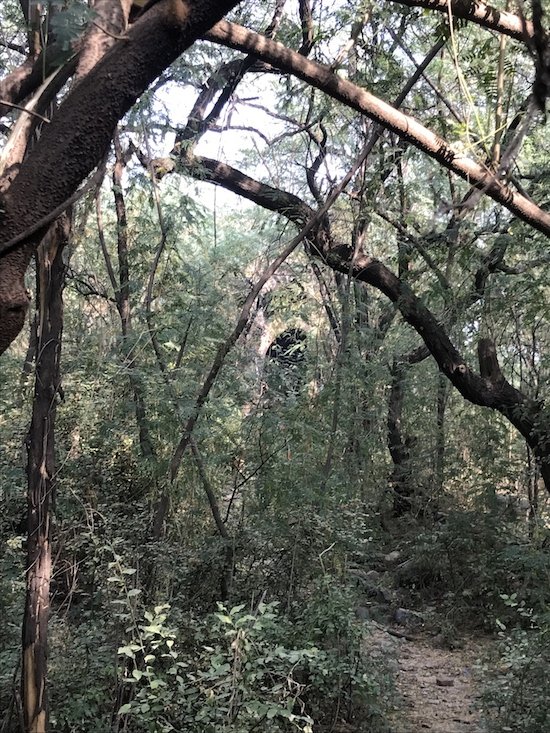 Doesn’t it look like something out of a fairy story?  Sort of Sleeping Beauty-esque?

An absolutely brilliant morning, not only tackling an almost-half-marathon distance, but also discovering a new part of Delhi.  I’d always wanted to run here, having just done a much briefer solo foray last year, but this is definitely not an area for solo runners.  Safety in numbers, most definitely.

Also, driving out of the forest, there was a huge troop of rhesus macaques, which I would definitely not wish to encounter while running.

Here’s my track log, including the little foray I did on my own opposite the polo field. 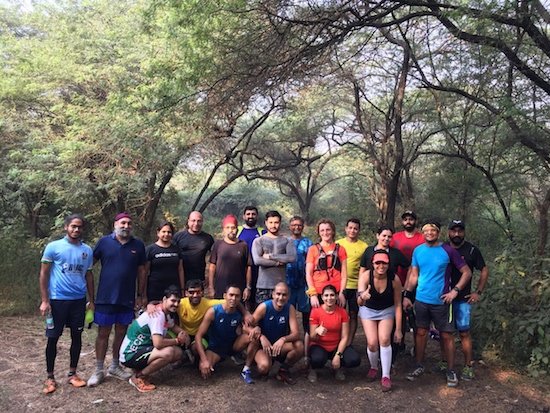 A fab run with great people, AND a haunted palace.

What more can you ask?