When my friend Chantal posted these photos on Facebook yesterday, it was as though I were looking at Holi photos.  Only they came from the grounds of a chateau outside Paris…curiouser and curiouser…

Apparently this Holi-like event is called “Run or dye”, and is a pure fun run. 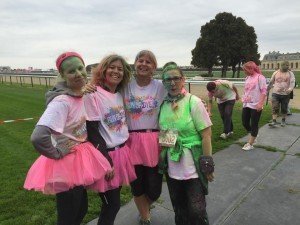 Here, in her own words, is Chantal:

“We were running the Run or Dye 5k at the Chateau de Chantilly. It was Cleo’s first ever 5k run. We were part of the ASP team (American School of Paris), I am still a member of their running club even though I have no kids at school anymore.”

I hadn’t heard about this, but it’s apparently huge, the world over – billed as the world’s most colourful fun run.  Stands to reason.

Can’t imagine it working here, though, since we already have Holi…or then again, perhaps it might…whayddya think, people?  I am very struck by the idea of the tutus 🙂

And congrats to Cleo, whom I remember as a tiny wee muppet, back in our Johannesburg days. 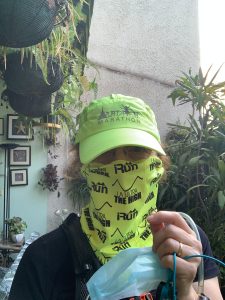