I went for a run a few days ago in my local Biodiversity Park, in what passes for an upmarket part of Delhi.

I have recently discovered this park and have blogged about it earlier, but my latest run was a mixed bag of emotions.

Delight to be running, as ever, after feeling below par for a few days + pleasure at seeing gardeners busy at work in the park + utter revulsion at the rubbish encountered along I new path I decided to explore.

This path was (if memory serves me) the first track to the right off the main path, and therefore very close to the entrance, with its guards sitting in the sun and its signs forbidding dogs and (if I’m being honest) running.  I decided to explore it, but within moments, this is what I saw.  I filmed this walking slowly, and I reckon I covered about 100 metres, but it all went on as far as the saddened eye could see :

Never again will I venture off the main track.

I was so appalled, I went and questioned the gardeners, who were polite to a tee, and I asked them whose job it is to clean the park. Ours, they replied without any hesitation. So, have you seen that track over there, and all the rubbish?  Yes, they immediately answered, and they said it was because people from the neighbouring slum walk into the park and use it for drinking.  Have you told the authorities ?  Yes, but nothing happens.  These people come in every night and drink.  To whom should I report this, I asked them.  The office, I was told, and they waved up the path to where there is, indeed, a building.  But of course no-one was there when I went in, all fired up.

I’m going to pursue this, because otherwise the park will just get more and more encroached and filthier and filthier.

Or, they give up the battle against rubbish and encroachment and designate the whole area as a religious structure, and then we will get some degree of cleanliness…like this structure (below)… 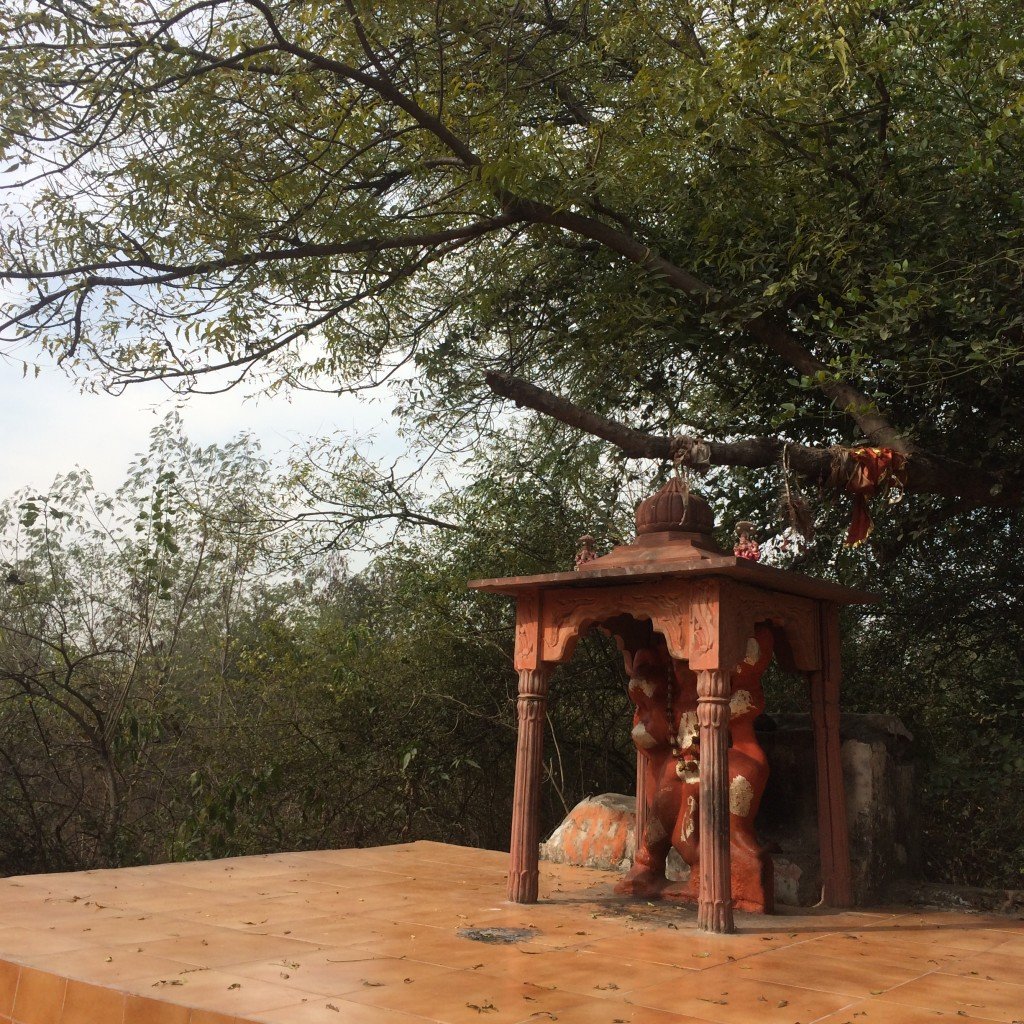 …which is, puzzlingly, bang opposite yet another religious structure… 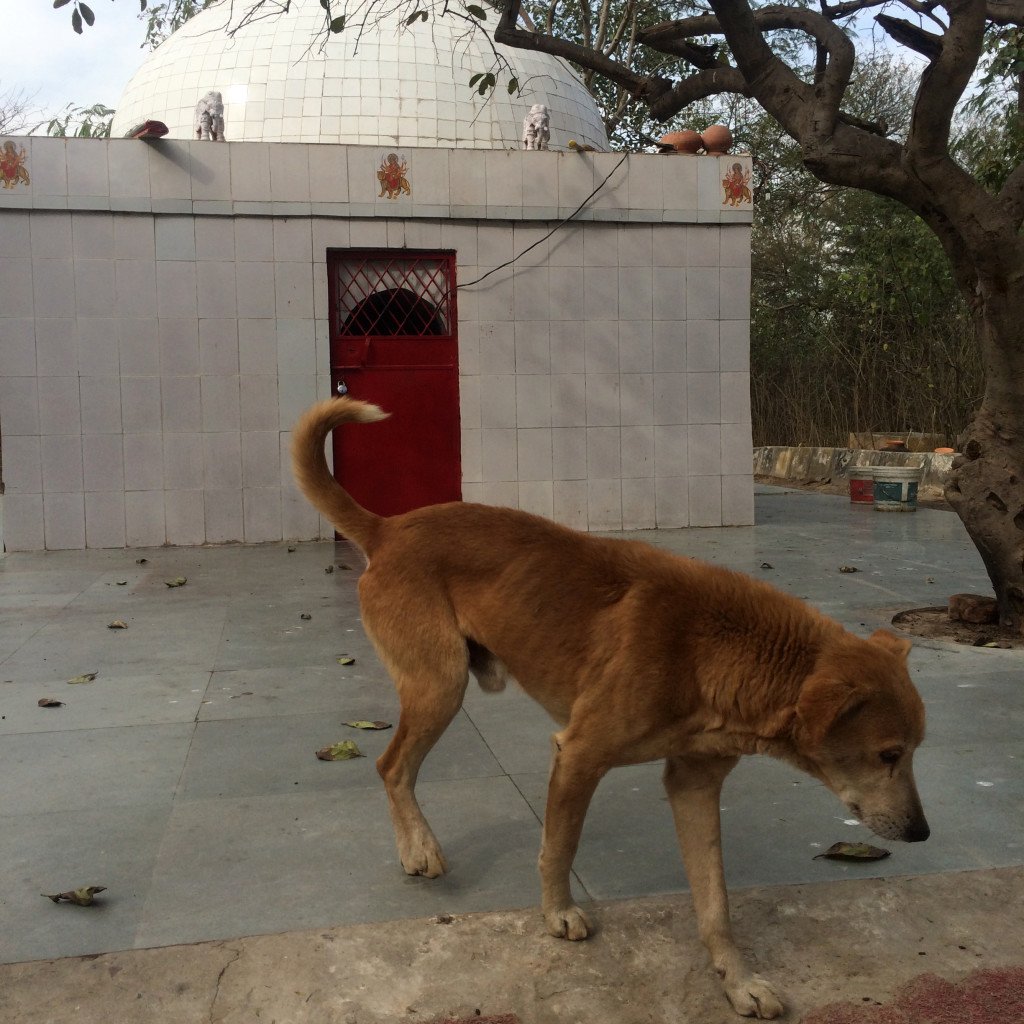 Take a look, just one piece of paper – which had probably blown there – compared to the acres of plastic down the path, in my video clip.

What is it about this country and rubbish? Wherever you go, there is filth and rubbish.
Oh, don’t get me started…

Anyway, once I had moved on, literally, from the filthy rubbish, I ran past a school party, out bright and early with their teachers and –  I imagine –  a naturalist who was talking about the trees.  As I ran through the group (no-one making an attempt to move to let me through…teachers, you need to control your children…) one boy, aged about 10 or 11, pointed at me and shouted “Dekh dekh, foreigner” and because I had just dealt with the rubbish scenario and because the previous evening I had been to a protest at Jantar Mantar against the racist killing of a young man from India’s tribal NE, I’m afraid I responded in kind.

I pointed back and said “Dekh dekh, Indians”

Not my finest hour, but there you go.

Apart from all this…I saw peacocks and coucal, and it felt wonderful to be running, though my time has taken a decided turn for the worse.  The effect of not running and training enough certainly shows. 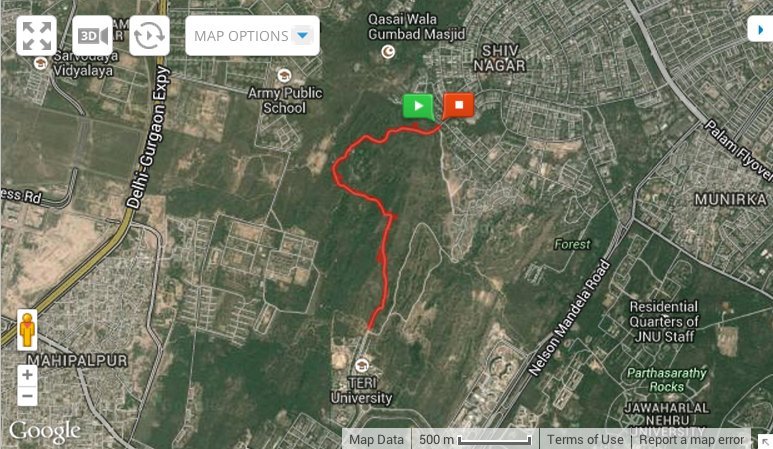 When I reveiwed the track log for this run, I enlarged the area where I had filmed, and you can actually see a track leading down from the slum : 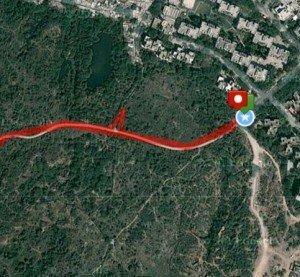