The annual Walk for Life, organised by the admirable CanSupport here in Delhi is a fixture of the winter calendar, and I don’t know how they do it, but they almost always have lovely weather for it.  After a week of miserable fog, today dawned bright and sunny, and we were thousands of people out there in a good natured festive feeling crowd on Rajpath early this morning, and all with one aim –  to raise funds for the wonderful work done to provide care to very sick (and often very poor) people. 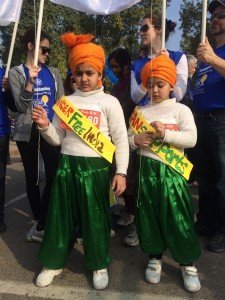 Last year I walked the route, but to my great joy, this year I ran it, with a group of the wonderful women in my Couch to 6K group.

The event is opened by a victory lap of cancer survivors, which is always an emotional moment.  The little children always get to me. I noticed a young woman waiting in our running holding area with tears streaming down her face…I wonder who she was thinking about…

Then we runners were off first, before all the thousands of walkers.

And yes, indeed, I say with pride  “we” runners, because a year ago I wouldn’t have dreamed of being able to use that term. We weren’t too many runners, but it felt amazing to run down an empty Rajpath towards Rashtrapati Bhavan, in the lovely winter sun, with a band playing to encourage us all.  As one does.

I wasn’t too fussed re time on this run, which is just as well because I kept stopping to film all the great moments that happened :

A group of American wrestlers.  And how do I know they were wrestlers?  Well, because I ran the course with them –  by accident, not design – and they had one of those American military-type chants “What do we do? Wrestle. When do we do it etc etc “and then they would end the chant  with “pehelvan zindabad” which I though a brilliant touch.  Pehelvan is Hindi for wrestler, so good on them.

Admittedly today was a super special day for running up and down Rajpath, since there was no traffic, but even on normal days, if you were to do this early in the morning when traffic is less hectic, you would be doing yourself a great favour –  to run down such an iconic road with amazing views…trust me, it is a pretty fabulous feeling.

Oh no question about this.

Waiting to start running, one of my gang of girls, Sonea, asked me how long the course was, and I said I thought it was 4 or 5 km to which she shrugged nonchalently and said “OK, great.”  And this from a woman who had never ever run 4 months ago.  And now “only” 5 km was no big deal. 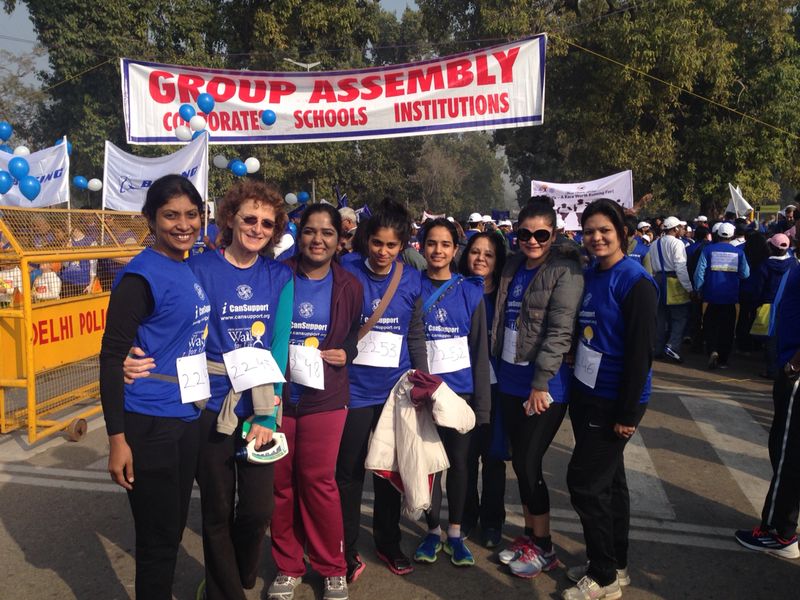 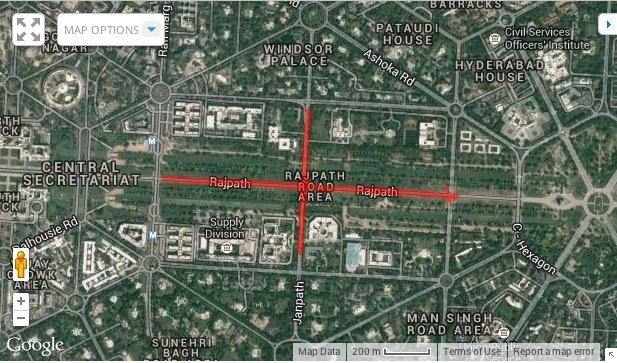