…which is, so I gather, the day by which most of us will have broken our New Year resolutions.
Now since I didn’t really make a resolution to run every day in 2014…’xcept I did, sort of, deep down inside…but anyway, since I didn’t formally make this resolution, then I can hardly be accused of being a 24th January victim, now, can I?

But just in case, I went for a run this evening.

I went to my local Bio Diversity Park in Vasant Vihar, around 5 pm-ish, and the first hint of diversity was the whole philosophical issue of whether or not I could actually run or not… 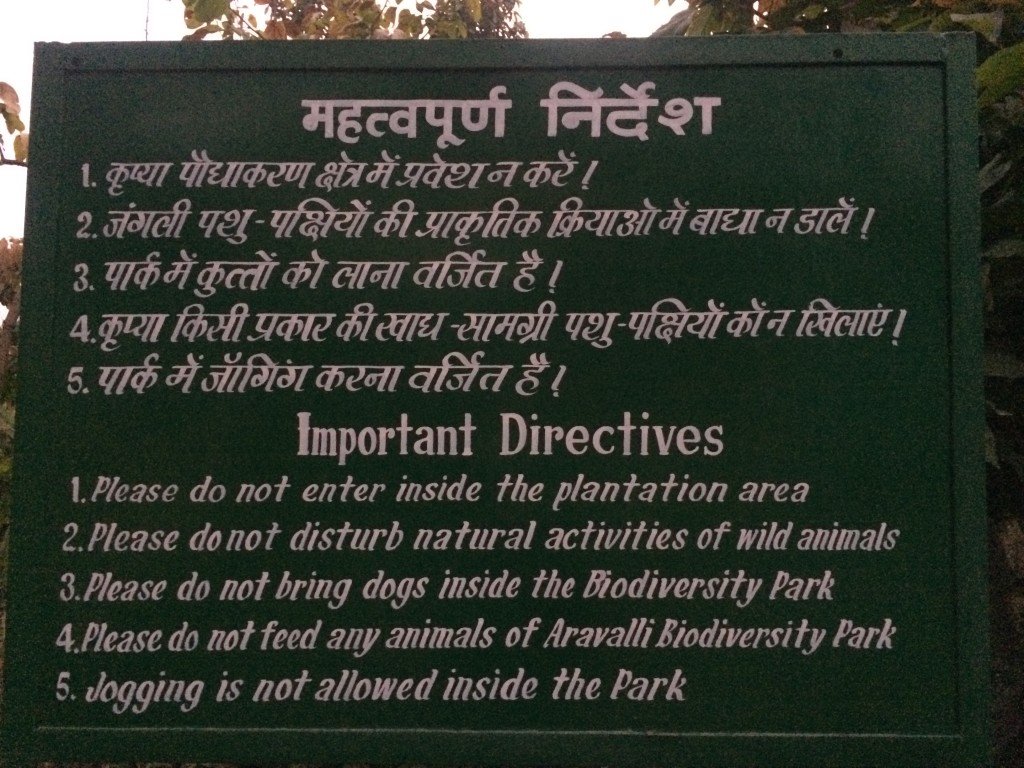 Whereas the sign inside says…well, it doesn’t say no legibly any more, let’s put it that way : 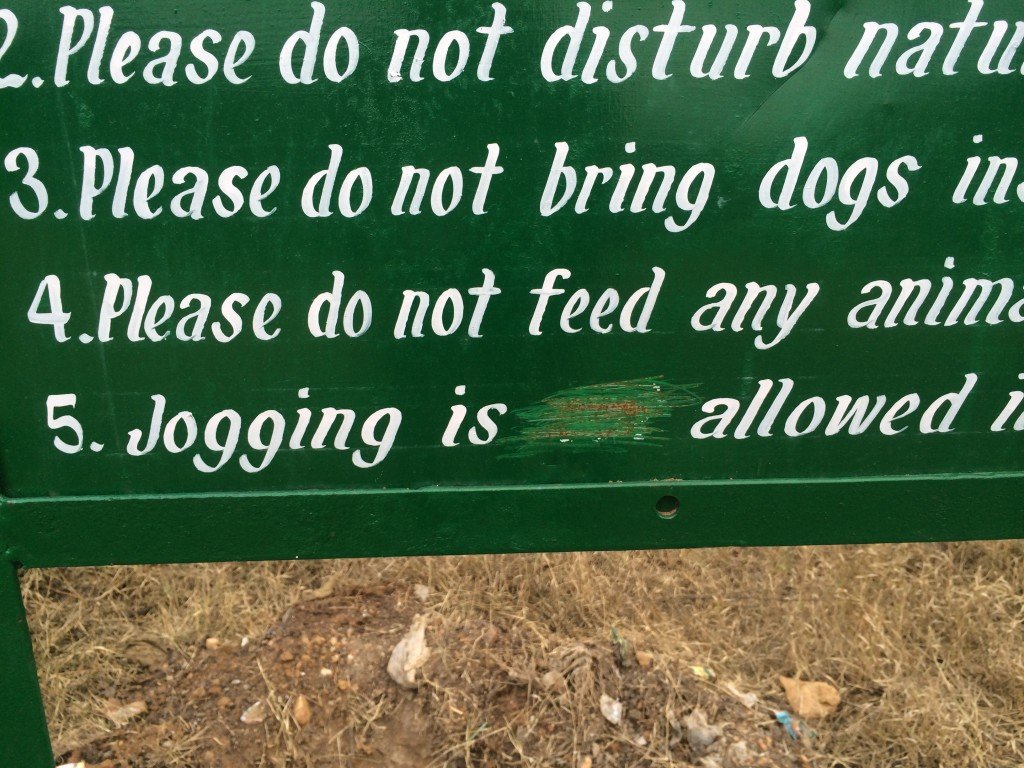 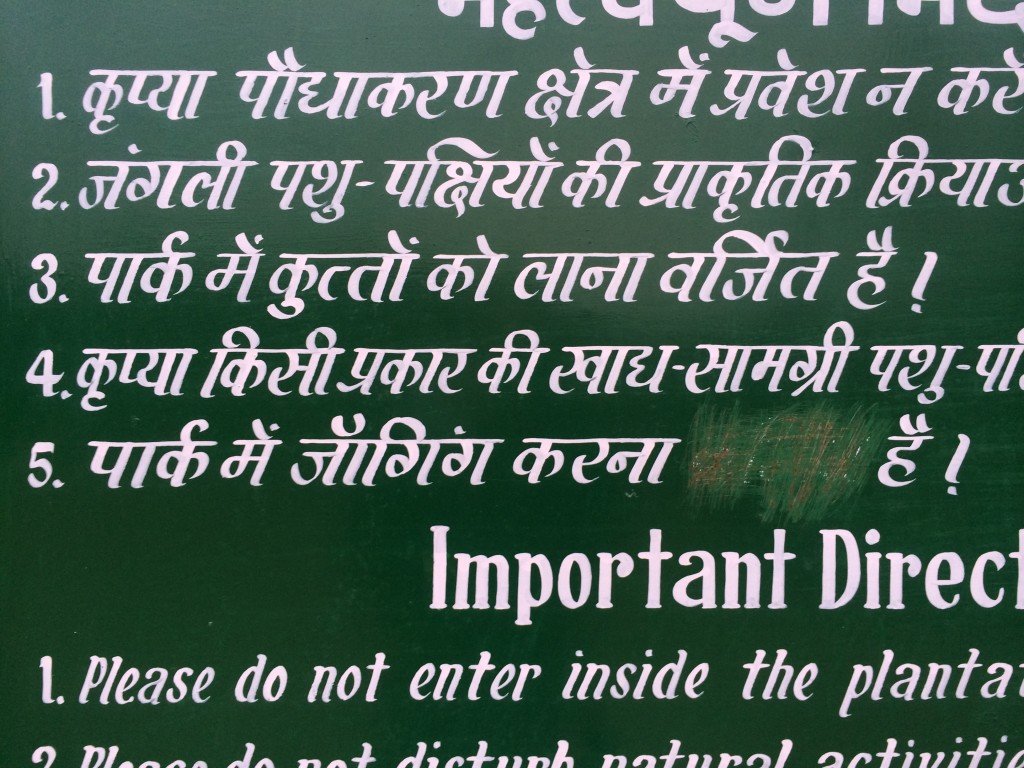 This being India, and our esteemed Chief Minister having declared himself to be an anarchist only 3 days ago, I of course went for a run.

Hey, by the same logic dogs are not allowed.  Tell that to the +/- 15 stray dogs I encountered (and don’t forget the big fat snort-y pig) 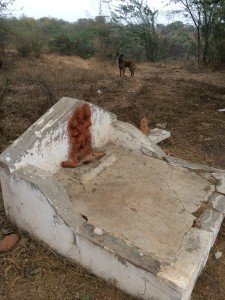 I have run in the park a couple of times, but always in the mornings or even mid-day-ish, so I can report that although I felt safe, I definitely didn’t feel as safe as on previous occasions.  The lone guard is at the entrance, presumably to stop all those dogs from coming in, and although there were a number of people, they were not fellow walkers and joggers, but more the residents of the smelly slum that I discovered this evening.  Which leads me to that, exactly.  I think there is a new rough kind of track since last I ran here, so naturally I went to explore it.  It got filthier and filthier and ever more litter strewn, and smellier and smellier until it was quite clear that I was running through the bit of the jungle that is used for open defecation.

I remember being warned off a section of the forest on perhaps the first time I ran there.  A kindly man told me that “Vo log toilet karte he” (“those people go to the loo there”) and yes, they clearly do.

So I rapidly backtracked and instead went and checked out the profusion of religious structures that dot the park.  I am convinced there are 2 new ones since last I ran here… 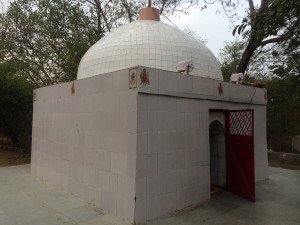 Don’t remember this one, for example…

Nor this one, pretty as it is…

By the time I ran past this shrine on the way back a diya had been lit.

The 2 shrines below I remember, both of them advertising the cleanliness is next to godliness mantra…actually, other than the open toilet area, by and large the park is clean (for India) so why there is a pile of rubbish right next to God baffles me. 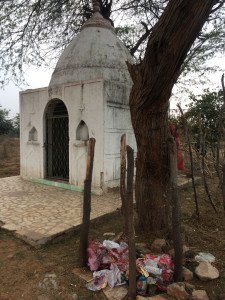 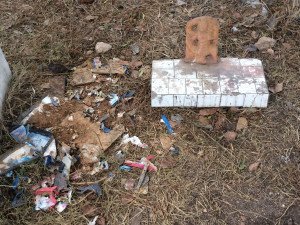 Still, rubbish & smells aside, it is a great space – to have views like these (below) just a few hundred yards from apartment blocks is pretty amazing. 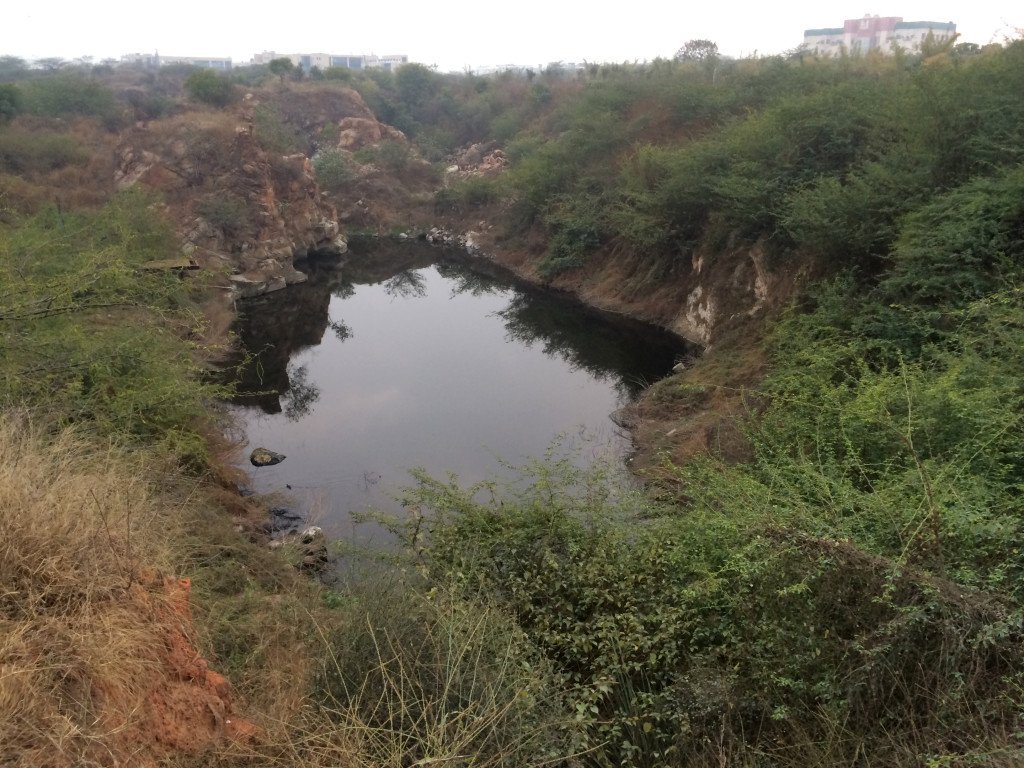 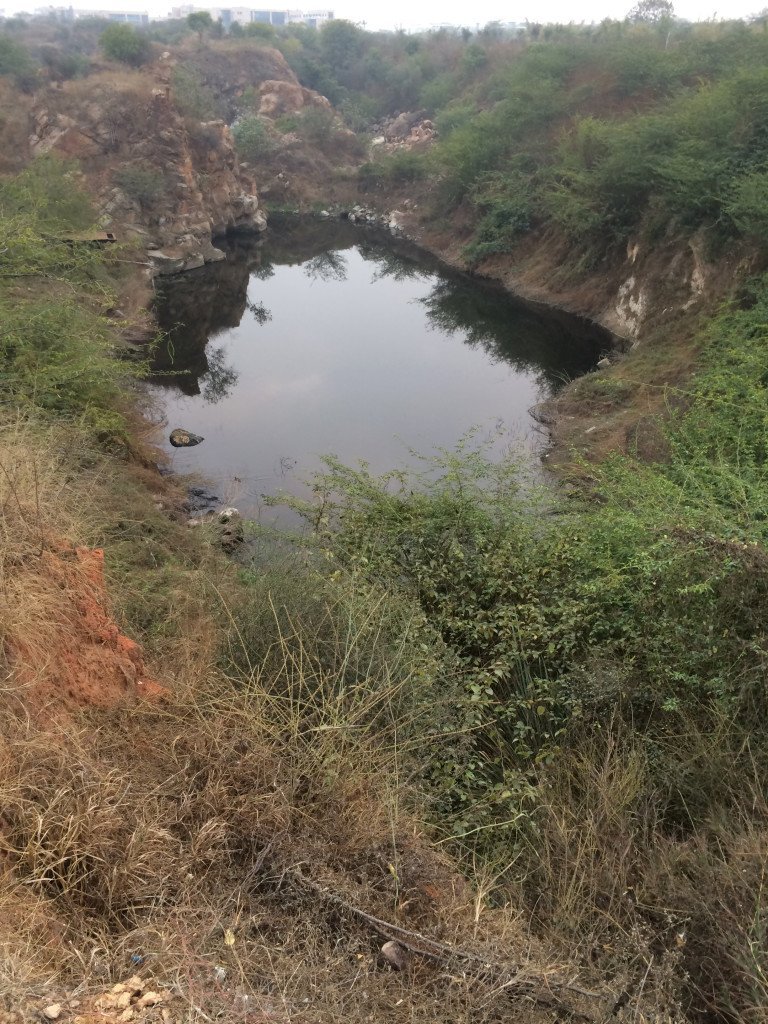 There was concrete evidence of TLC since my last visit, with scores of saplings having their winter warmies on : 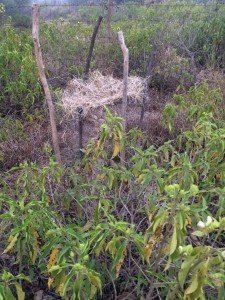 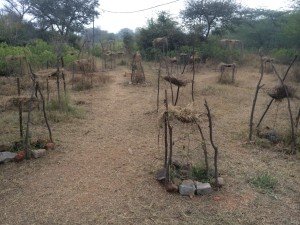 So, by and large, a park that should be slightly better protected from the sad reality of the nearby slums, with more visible patrolling, too, please. 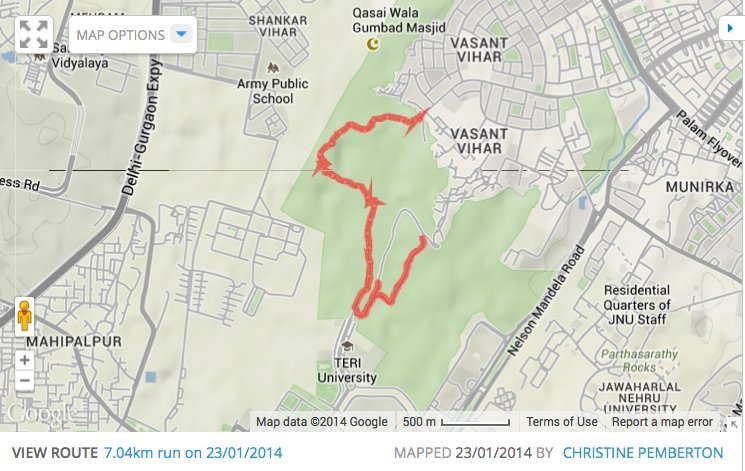 And my “take home” moment?  Sitting, all alone, by the Ram shrine taking the photo that is further up in this post, when the local mosque began the call to prayers.  It was a very peaceful, calming moment, and despite the evening chill and the growing gloom, I felt refreshed and, well, blessed.